A REGION TO DISCOVER…

The smell of bark, sap, mushrooms and leaves that fell in autumn...
The sound of the wind passing through the branches, the song of the birds nesting somewhere at the top of the trees...
From the peaceful river that winds round the meadows to the noisy waterfalls that impress us with the visible power of the tumultuous water, the visitor will always find in the Limousin Region a source or a river with a very particular character.
Just cross a typical village to see beautiful houses or granite monuments in the area. This compact and solid rock gives an impression of durability, strength and character.
The limousine mountain, buttress of the Massif Central, composes an undulating landscape eroded by the time.
From the “Monts de Blond” to the “Monts d'Ambazac”, a land of hedgerows joins the valley of the Vienne. The forests of chestnut and oak trees offer many paths suitable for walking and hiking. Between the country of the foliage trees and the lake of Vassivière in the east, the hills follow the valleys, formed by numerous streams.
We are waiting for you !

LEARN MORE ABOUT THE ACTIVITIES OF THE LIMOUSIN MOUNTAINS

Whether you are a great sportsman or a little dreamer, we offer you a multitude of outdoor activities to discover the beauty of our landscapes.

Hiking is the favorite activity in this beautiful region. A path passing near the cottage Domaine du Vignau to allow you to reach beautiful hiking trails through the Monts d’Ambazac.

Sports facilities available on the lake:

And, of course, the lake, under the supervision of the Federation of fishing Haute-Vienne. Fishing permits are available at Tabac shop “Arboretum” in front of the Town Hall (Mairie), or on the website of the French Federation of Fisheries.

For the mountain bike, take advantage of the training site of Puy de Sauvagnac in La Jonchère Saint-Maurice. The Freeride is a free approach to mountain biking descending courses mixing wooden modules and slow or fast technical passages but still conducive to aerial evolutions and committed and aesthetic trajectories. The search for sensations is essential but that of style and respect for the natural environment too! Each one at his level can access the joys of free ride and the exhilarating pleasure of speed (attention: it is imperative to stay safe and protect oneself). 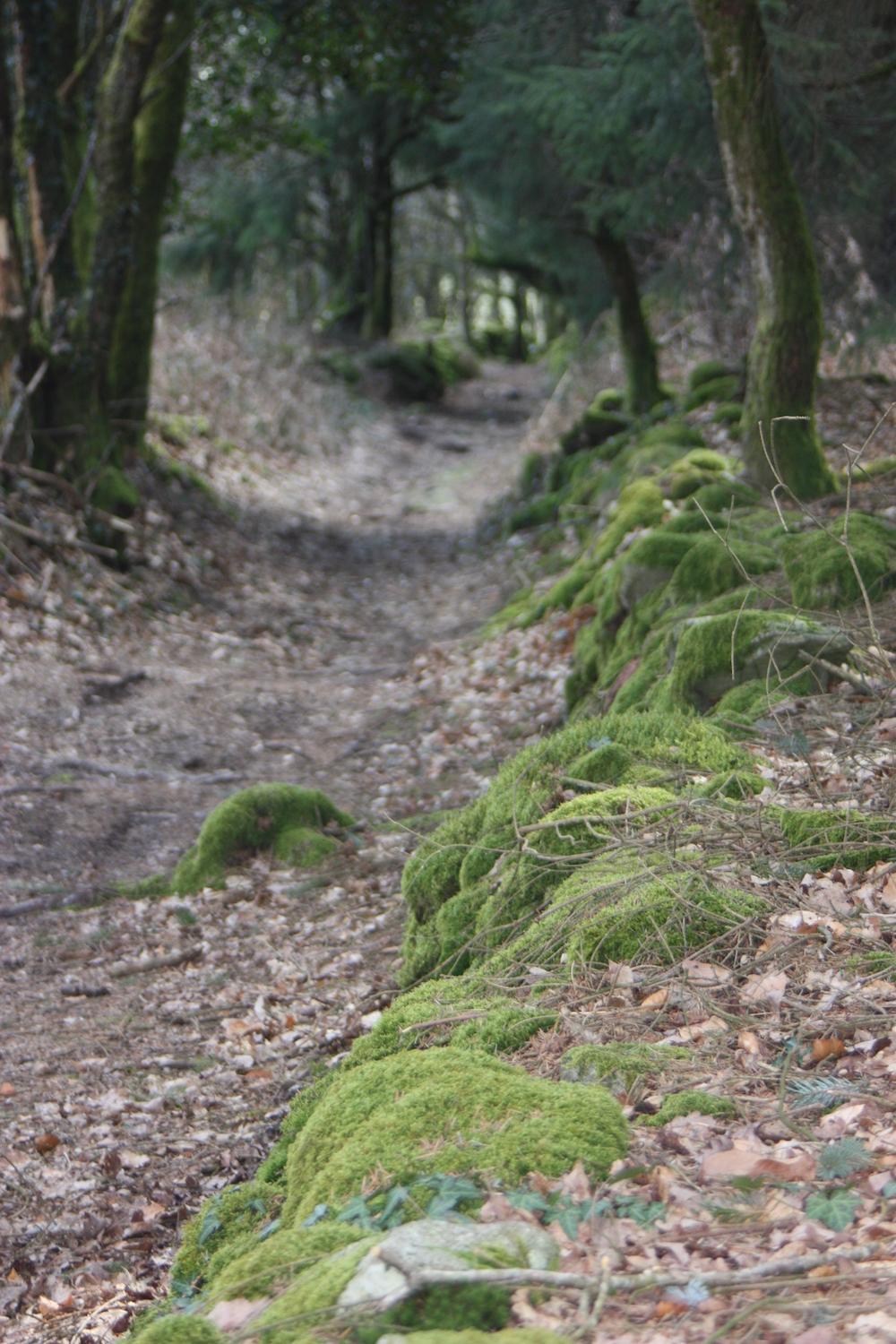 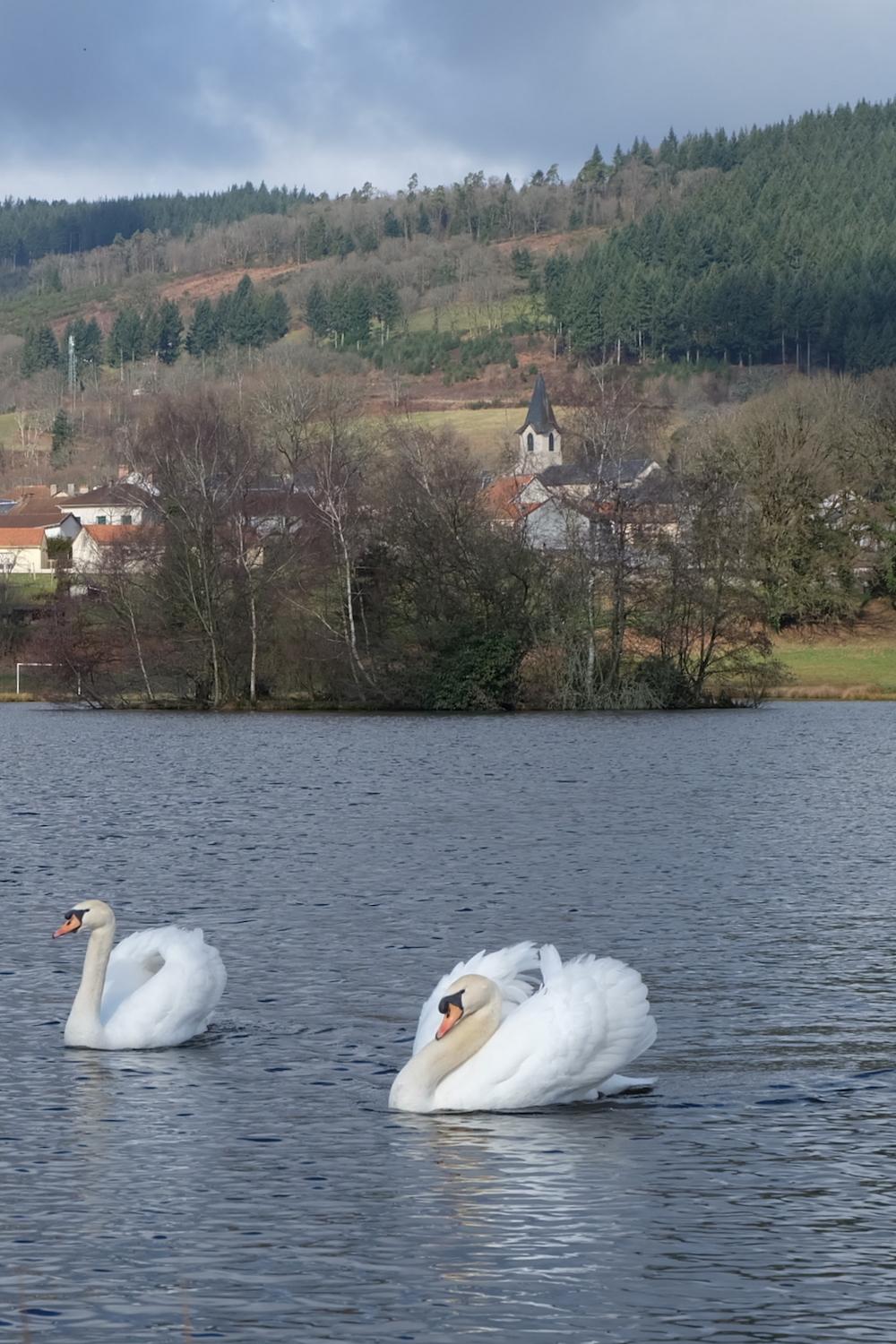 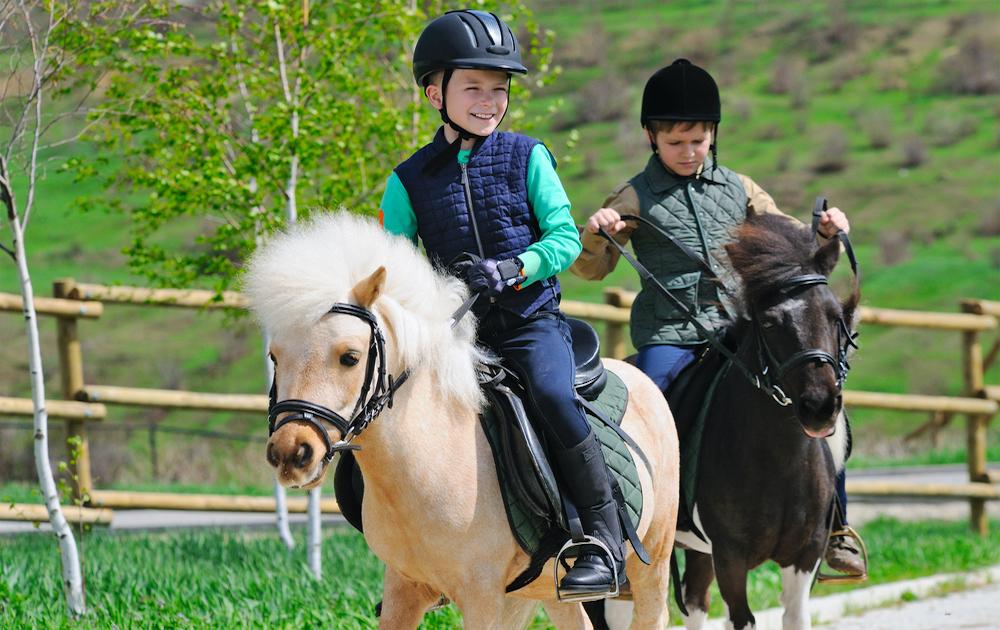 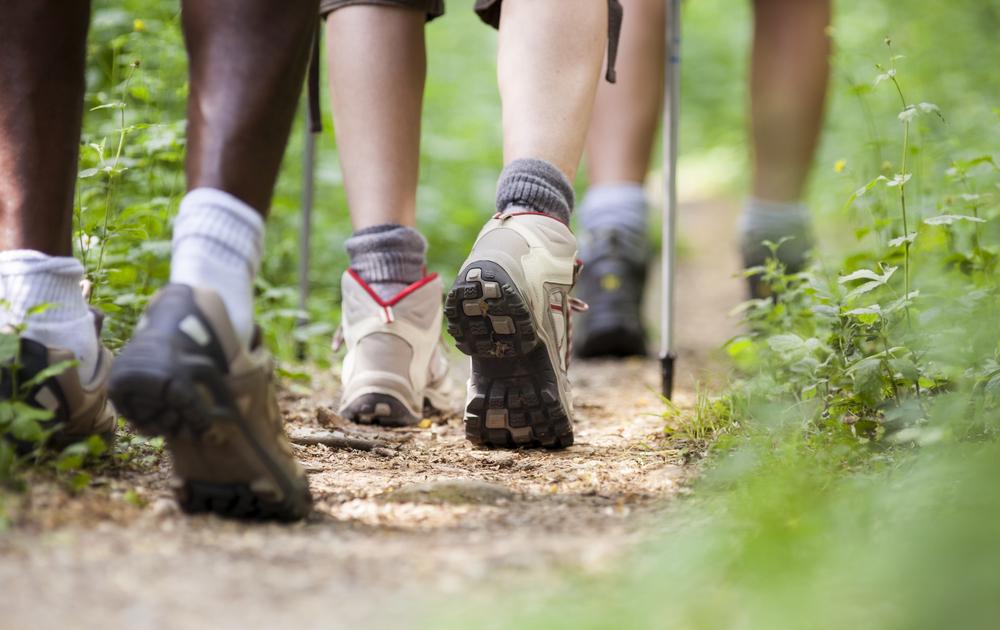 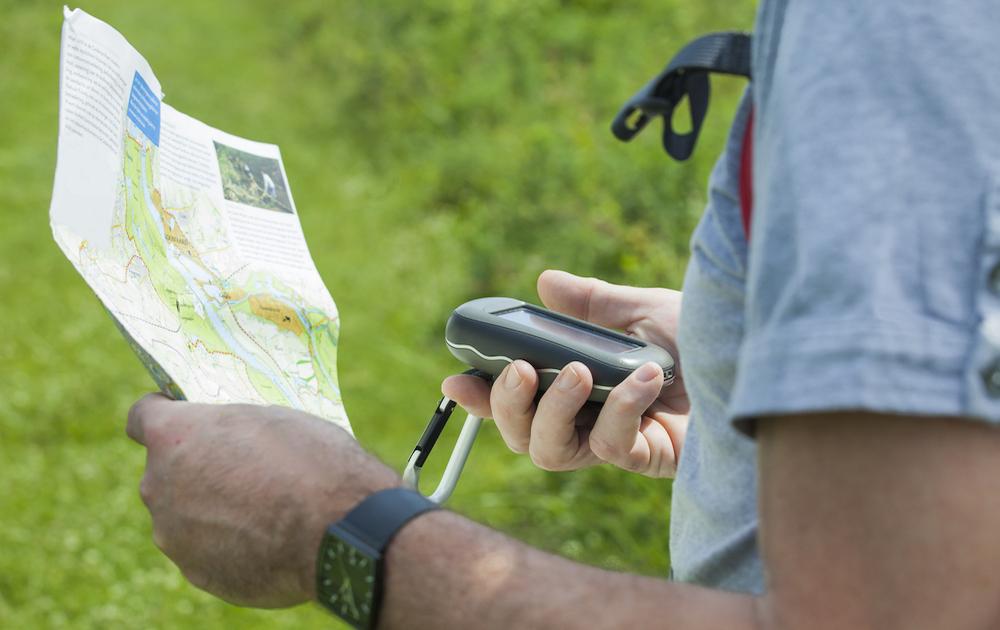 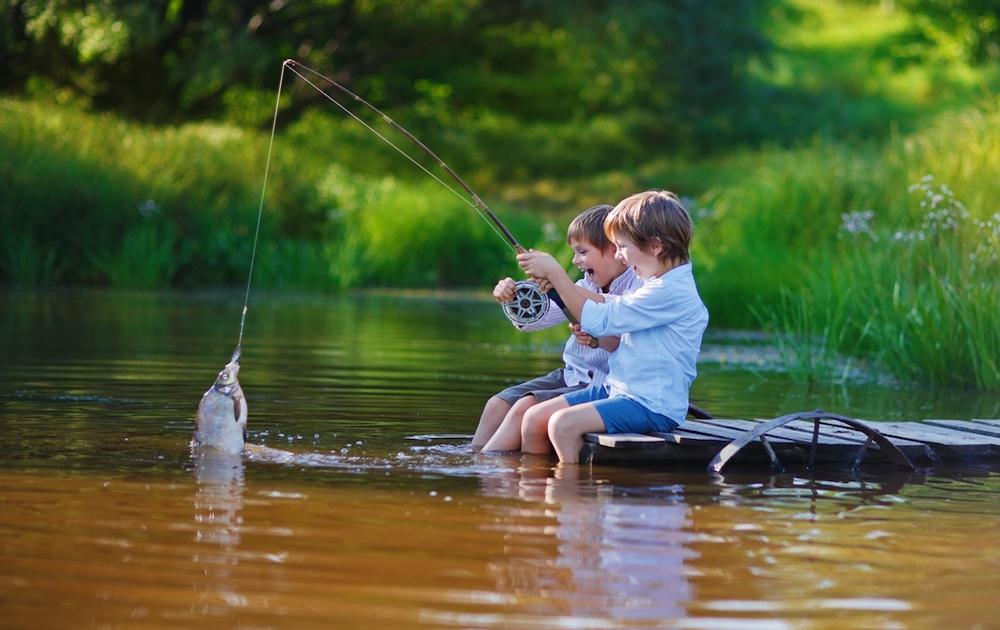 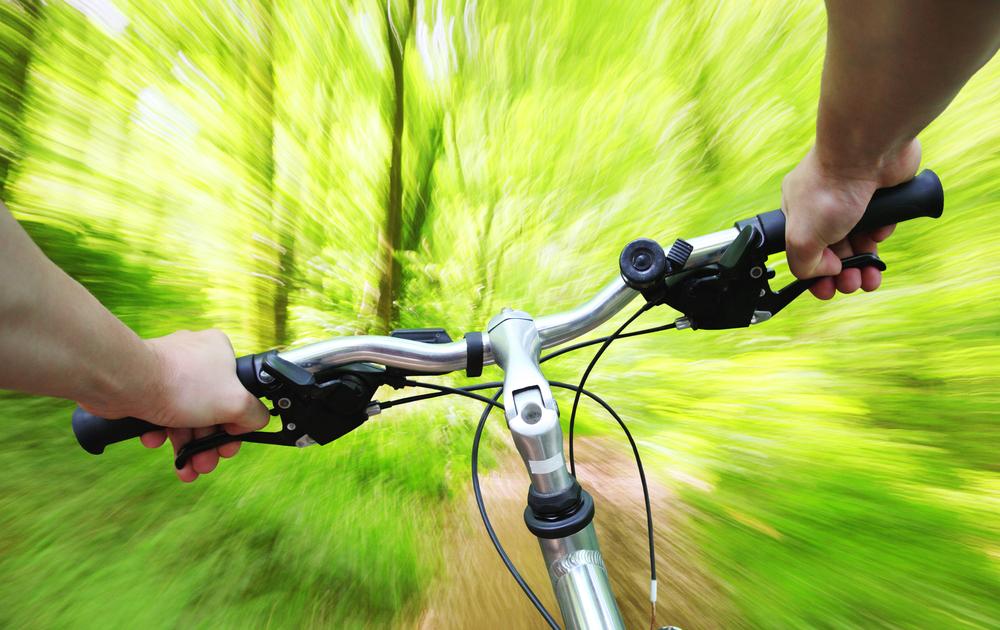 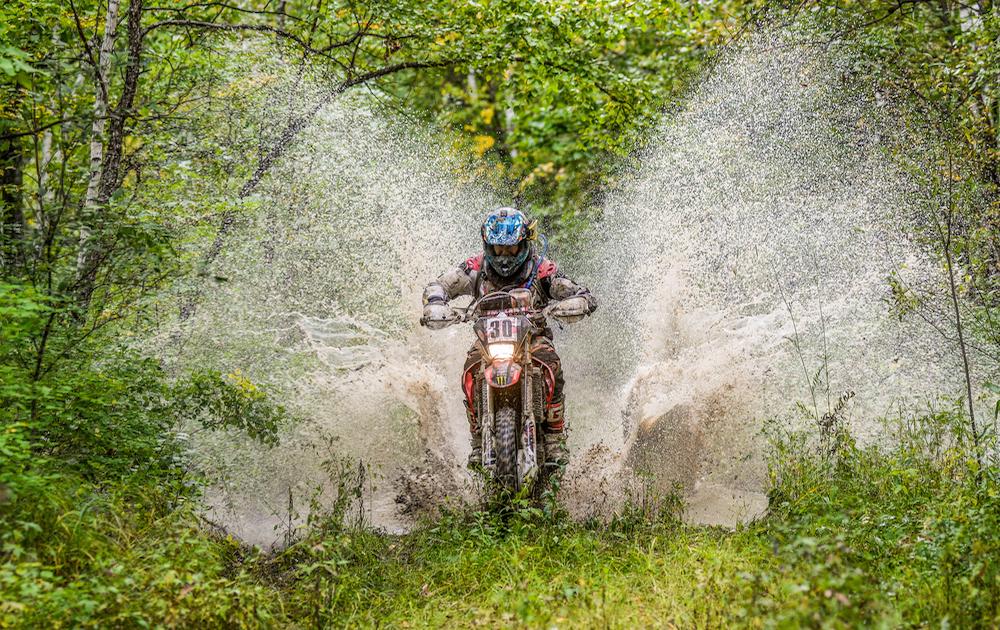 The evocation of the “Pays de l’Occitane” and the Monts d’Ambazac encourages the discovery of its monumental rocks, its innumerable dry stone walls, the sleeping waters of its fountains and the running waters of the Taurion River, harmony that prevails will encourage you to go through the many marked paths.

A lookout of greenery, the smell of an undergrowth in the early morning or a freshly plucked cèpe … How to make you experience this feeling of tranquility during these long strolls with wild character, changing over the seasons inviting you to discover the many paths of small hikes, the trails of the base mountain bike of the Mounts of Ambazac (practicable on foot) or the “Rando Zen” of 93 km. Walks to do with family, friends or by yourself, to discover the rich heritage of the region.

Discover the map of the region

The birthplace of the Limousine cows race, La Jonchère Saint-Maurice also experienced the great adventure of the very precious porcelain clay called “white gold”. Its generous mountain also offers many panoramas and testimonies of its rich past as the church of the 19th century. The Arboretum, the “Pierre Branlante” are emblematic natural environments of the municipality where outdoor activities have found their place.

The western massif of the Massif Central, the Monts d’Ambazac culminate at 700 m altitude. They are made up of granites and leucogranites, magmatic rocks widespread in Limousin region. These reliefs offer many remarkable views on mainly forested landscapes, made up of hardwoods (chestnut, oak and beech) and softwoods. Located northeast of Limoges, the Ambazac Mountains offer a variety of trails exceptional for their diversity. Hollow paths laid out by the monks of the abbey of Grandmont, single-tracks on the granite rock that rises everywhere, paths most often in the shade of the chestnut trees.

There are many possibilities for walks on the trails around La Jonchère, whether on foot or by bike: the panorama of the “Pierre Branlante”, the ancient kaolin mines (“white gold” or porcelain clay), villages, The arboretum, chestnuts or mushrooms spots… 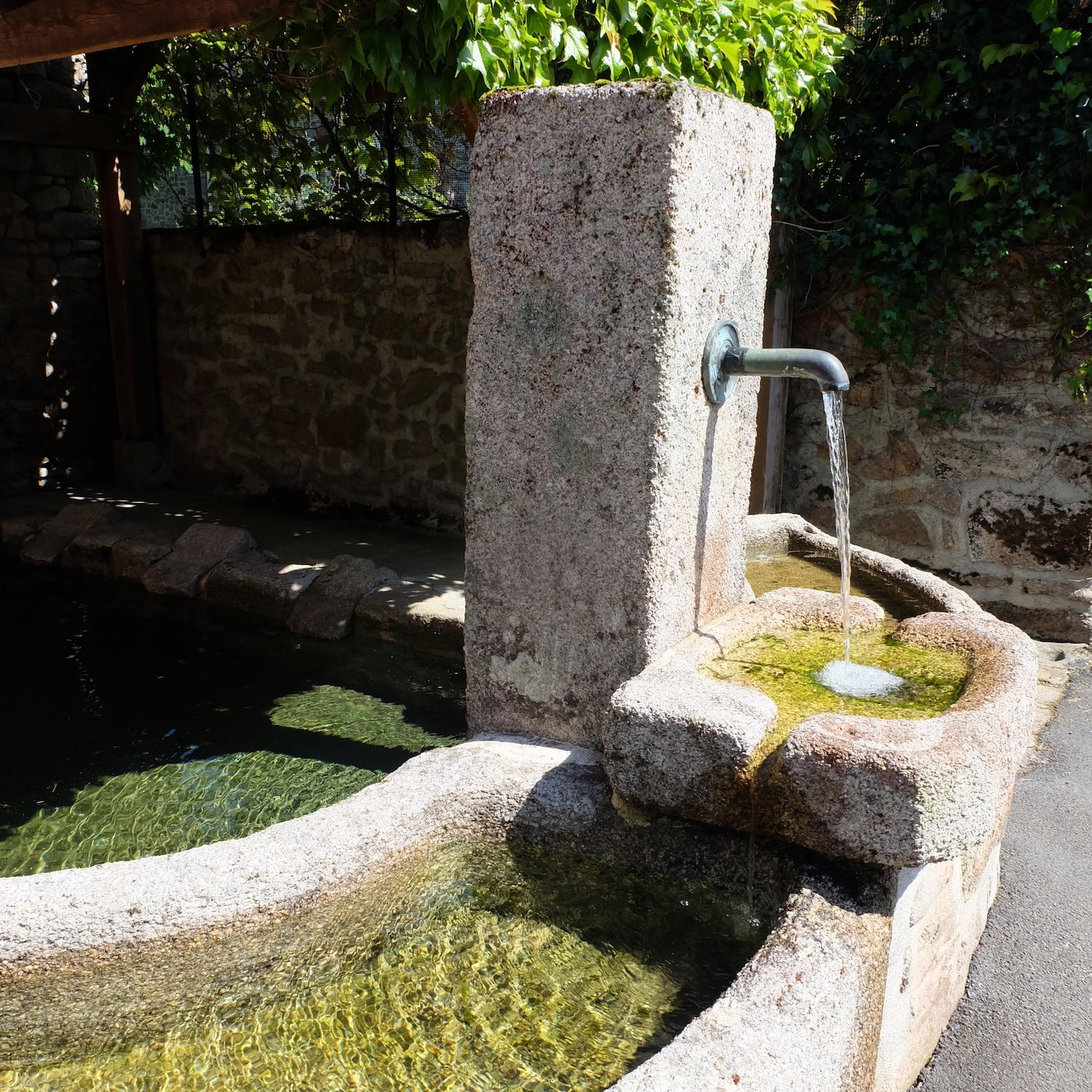 La Jonchère Saint-Maurice is a town with history, and not the least! Before being a town, La Jonchere was an important city.

Here and there, some buildings, sometimes tiny clues, come to remind the wandering walker. It is exhilarating to discover the history of a place behind a stone or to imagine the daily life of previous generations around buildings that today give charm to our place of life:

The church, the scales, the fountains, the old wash-houses, the chapel, the statue, the cross, the wells, the remarkable houses, the bread ovens…

A territory of transition between the Massif Central and the Marche, the “Pays de l’Occitane” and the Monts d’Ambazac offer a diversity of hilly landscapes (highest point in Sauvagnac: 701 m) dotted with a rich and unique heritage.

For more information, visit the websites of: 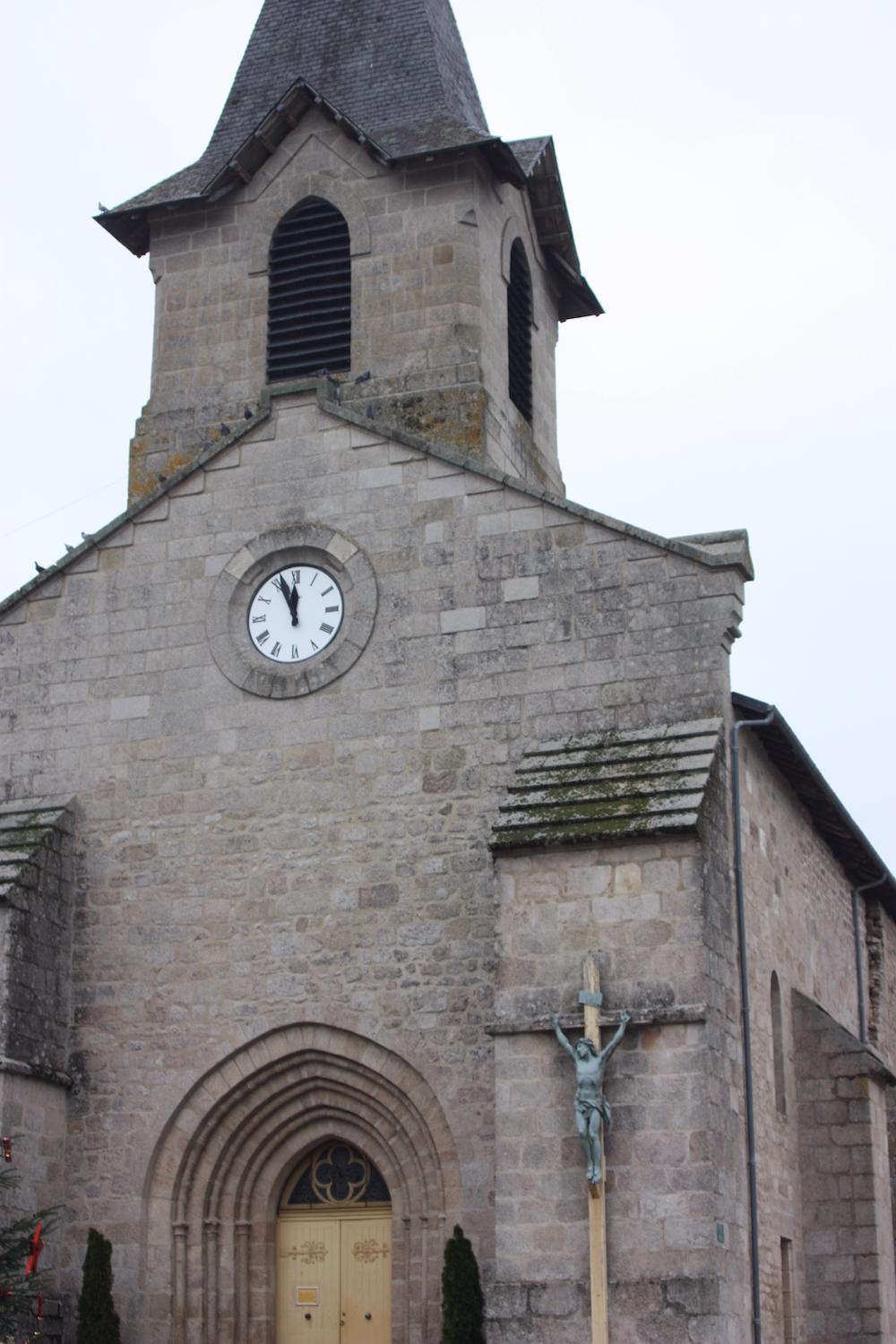 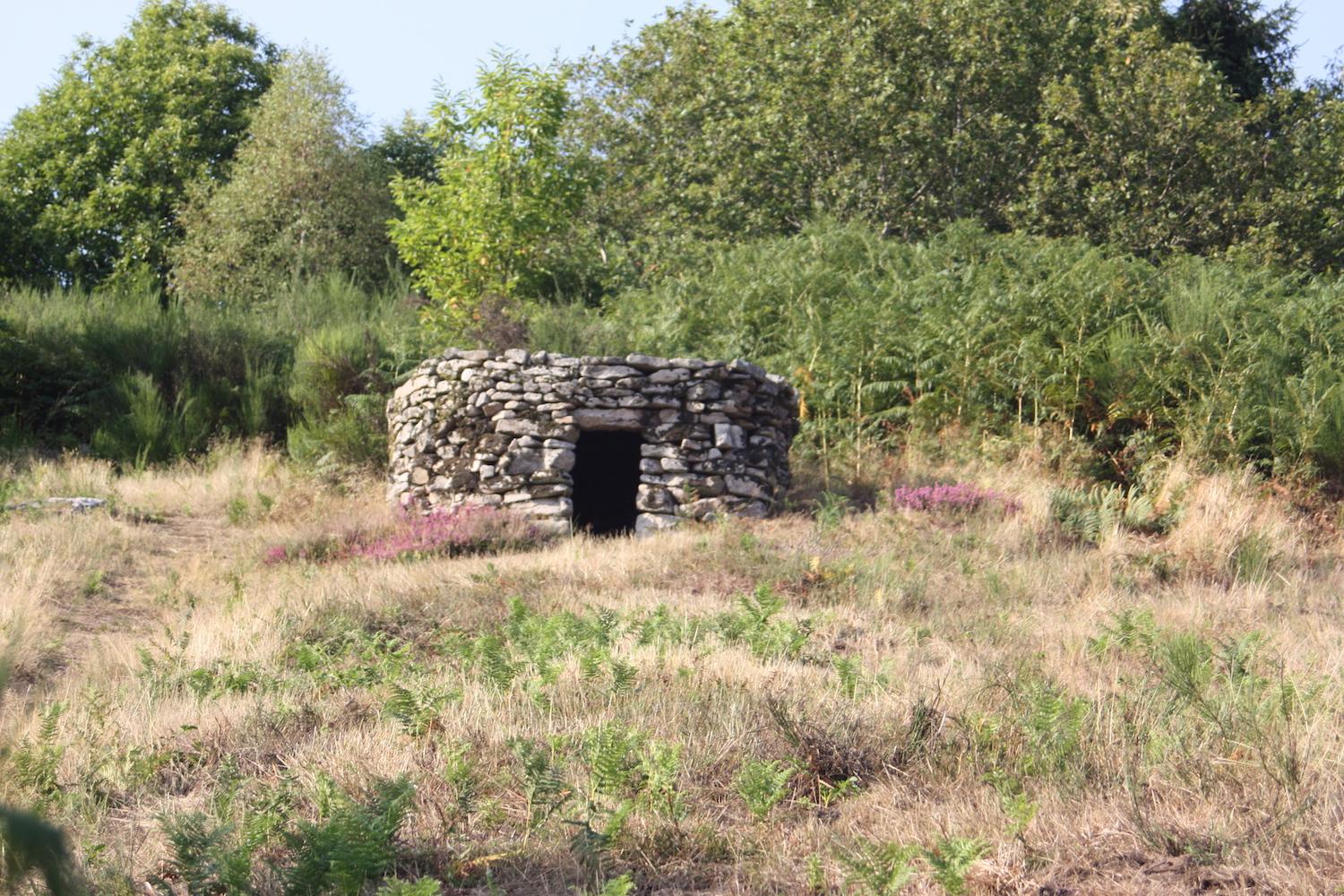 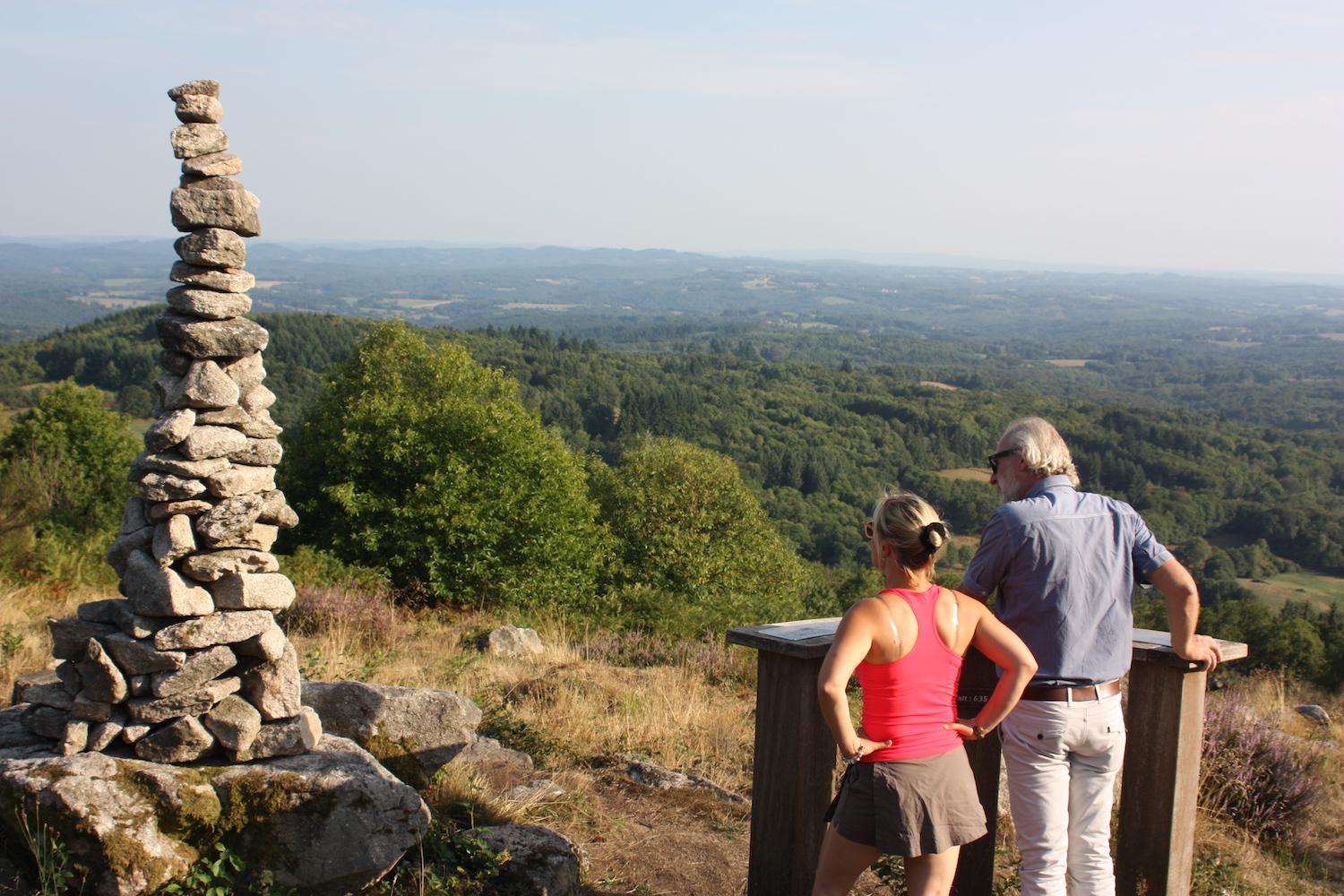 A work of two unusual characters, the arboretum of La Jonchère Saint-Maurice knew since its creation, at the end of the 19th, a notoriety that exceeded the Limousin Region borders.

This recognition of its outstanding pedagogical and aesthetic value enabled it to overcome many obstacles. The determination shown by the associations, the communities and the Public Authorities to preserve, improve and transmit it from generation to generation is remarkable in this respect.

Their efforts have not been in vain and now make it possible to offer to the public several collections of very high quality.

Beyond its beauty, it brings, as its creators wanted, valuable lessons on the tree species that tomorrow will contribute to the development of our regions.

The Jonchère arboretum is an exceptional heritage: 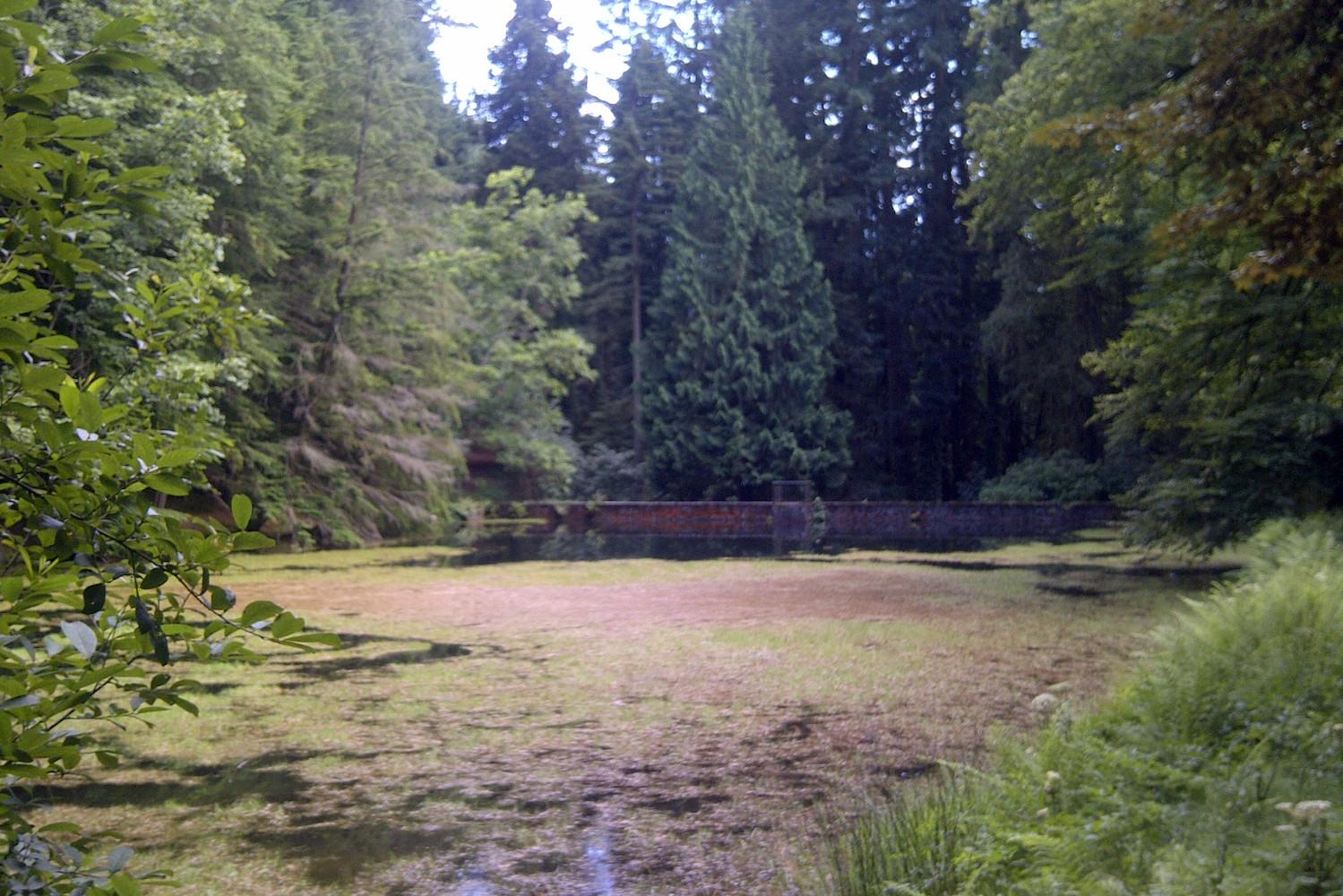 The Lake of Saint-Pardoux is a major tourist site of the Haute-Vienne.

In the heart of a preserved natural site, this artificial lake of 330 hectares is the ideal place for the practice of outdoors activities, by yourself, with friends or in family.

Three major centers have been set up: the Santrop site, the Chabannes site and the Fréaudour site…